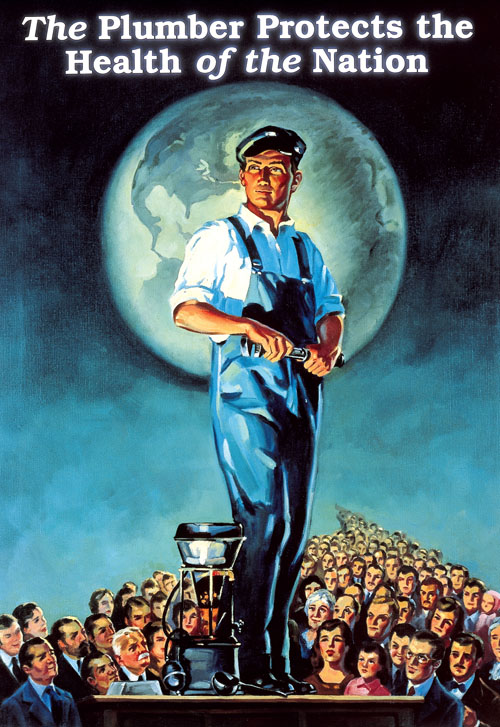 In 1987, the McLaughlin family purchased the business from its original founder Willy Dickenson, a dedicated plumbing contractor, friend, and citizen of Manchester, CT. Since 1987, W.B. Dickenson has grown from a one man operation out of a small shop on Hilliard Street to a 12000 square foot building in South Windsor in the John Fitz Boulevard Business Park.

The first move from Hilliard Street was to 311 Main Street, where the first large growth occurred. It was here when owner, Tom McLaughlin decided to venture into the bathroom remodeling field. After hiring his first carpenter/tile man in the mid 1990’s, W.B. Dickenson became a one-stop shop for your bathroom needs.

The new venture spawned a large growth and forced the company to move yet again. The new location was 409 New State Road which also enabled Tom to build his first showroom. The first showroom was a great success and generated further growth in the company. W.B. Dickenson now had multiple crews working on several bathrooms per week, establishing itself as a premier bath & kitchen remodeling company servicing the greater Manchester area.

Tom then decided to expand the business yet again and purchase his own building. Tom moved the company to 53 Commerce Way in South Windsor where he was able to build another beautiful bathroom showroom and a new kitchen showroom featuring two full kitchen displays. The new building allowed the company to house all of its vehicles and inventory inside and locked up every night.

Tom has handed over the remodeling portion of W.B. Dickenson to his son T.J., who has taken that portion of the company to new levels. The company is now an authorized Bertch Legacy cabinet dealer. T.J. continues to keep the showroom updated & the remodeling company growing.

The plumbing & heating end of the company continues to service the South Windsor, Manchester, & surrounding towns. Adjusting to the ever-changing markets and gaining popularity over the internet, W.B. Dickenson can be found through Angie’s List, Home Advisor (formerly Service Magic), Yelp, Facebook, and of course Google.